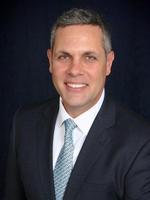 Global trade credit insurer Coface has named Nicolas Barrandon as Country Manager for its branch office in Canada. Until this appointment, Mr. Barrandon was responsible for the commercial underwriting operations for Coface in the United States and Canada. His duties now will expand to management of all of Coface’s operations in Canada.

“Coface has been helping Canadian companies manage their trade risk since 2004,” stated Mr. Barrandon. “I am excited to join our team of dedicated professionals in Canada and to continue expanding our business across the country.”

Mr. Barrandon is currently based at Coface’s North American regional office in East Windsor, New Jersey and will relocate to Toronto, Ontario within the coming months. He started his career at Coface’s Paris headquarters in 2000, working to expand Coface’s worldwide network and to develop international credit management solutions for international clients. He joined Coface North America in 2007 as Vice President Commercial focusing on business information, receivables management and collection services. In 2014 he was promoted to Vice President Commercial Underwriting for US and Canada.

Prior to joining Coface, Mr. Barrandon worked with the French Trade Commission in Toronto. He holds a Master of Advanced Study in International Finance from La Sorbonne University in Paris.