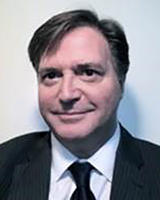 Coface North America Insurance Company, part of the global Coface Group, has named Stephen Atallah as Senior Executive Vice President for Commercial and Risk Underwriting. Mr. Atallah is a trade finance professional with over 25 years of experience in structured trade finance and credit risk mitigation for projects around the globe. In his new role, Mr. Atallah will manage Coface’s North American team of risk and commercial underwriters, who are responsible for delivering solutions to protect clients in the USA and Canada against the risk of non-payment of their accounts receivable.

From 2001 until 2014, Mr. Atallah was Managing Director and Head of Deutsche Bank Americas’ Structured Trade and Export Finance division. Prior to that, he held similar positions at Societe General, ABN AMRO, and Ex-Im Bank. Since 2014, Mr. Atallah has provided structured trade and receivables finance consulting for corporations and project sponsors in Africa, Eastern Europe, and the Middle East.

Mr. Atallah is a graduate of the University of California, Berkeley, and Georgetown University Law School. He is a frequent speaker at industry conference and forums on trade credit.