Historic recession as a consequence of the pandemic

This year, the British economy will experience its deepest recession since World War II, due to the COVID-19 pandemic, which by mid-August 2020 had caused over 40,000 deaths (4th worldwide in terms of deaths per million inhabitants) and forced the government to implement a lockdown and shut down "non-essential" activities from 23 March to early-June. As a result, GDP fell by 2.2% in the first quarter and dropped by 20.4% in the second, despite the gradual recovery of economic activity following the progressive easing of restrictions, particularly the reopening of "non-essential" businesses on 15 June. Hampered by travel restrictions and the closure of shops, household consumption collapsed by 23% in the second quarter (after -3% in the first), despite short-time work schemes that guaranteed 80% of wages up to GBP 2,500 and benefited one-third of employees, as well as allowances for the self-employed. Under the threat of a resurgence of the epidemic and the anticipated rise of the unemployment rate in the coming months, households are likely to keep precautionary savings. At the same time, business investment collapsed in the second quarter (-26%), despite the introduction of state-backed bank loans (for a total of GBP 63.3 billion at the beginning of July), the deferral of payment for certain taxes (income tax for the self-employed, VAT) or even the abolition of corporate tax for some sectors (retail excluding food, hotels and leisure). In an uncertain health context, business investment should rebound only very gradually, even more so as negotiations on the future trade agreement with the European Union (EU) were in a deadlock as of mid-August, suggesting at best a last-minute agreement right before the 31 December deadline. The failure of the negotiations and the enactment of customs duties and controls (like for any third country) between the two blocs on 1 January 2021 cannot be totally ruled out, as the positions of the two parties seem so divergent. Such a scenario would be a further blow to the many sectors dependent on trade relations with the EU, such as automotive, transport or retail, of which the recovery would be hampered. Similarly to the rest of the world, trade has dropped: exports fell by 23% in the second quarter compared to  end-2019, while imports fell by 31%. While the number of insolvencies decreased by 23% between January and July, as creditors are prohibited from bringing winding-up petitions against a company until 30 September, making the insolvency procedure de facto voluntary, insolvencies are expected to rise in the coming quarters and reach a significantly higher level in 2021 compared 2019 (+33%).

The unprecedented scale of the economic crisis forced the government to adopt emergency measures totalling GBP 192 billion (9.8% of GDP) as of mid-August. These measures were mainly focused on short-time work schemes (GBP 52 billion, 2.6% of GDP), grants for self-employed (GBP 15 billion), grants and tax relief for businesses (GBP 27 billion) and additional health spending (GBP 32 billion). As revenue has been plummeting because of the economic downturn, public deficit will soar in 2020 and public debt will exceed 100% of GDP.

The current account will remain largely in deficit, due to the substantial structural deficit in the balance of goods (5.9% of GDP in 2019). The significant surplus in the balance of services (4.8% of GDP), attributable to financial and insurance services (two-thirds of the surplus) and other business services, does not offset this deficit. Furthermore, the income balance is constantly in deficit (1.3% of GDP), due to the repatriation of income from the considerable foreign investments in the country. As the country is continuing its contribution to the EU budget during the transition period, the deficit of the balance of transfers (1.7% of GDP) is expected to remain stable in 2020. The United Kingdom, a key player in the global financial system,  finances this current account deficit through foreign investment, mainly portfolio.

Boris Johnson has a strong majority, but his popularity is declining

Prime Minister Boris Johnson, who has been in power since his election as leader of the Conservative Party in July 2019, had succeeded in his bet to dissolve Parliament and strengthen his majority in the December 2019 elections, winning 365 seats out of 650 (50 more than in the previous election). A few weeks later, the new Parliament had approved the UK's exit from the EU on 31 January 2020, after being postponed thrice. Despite having a solid majority, Boris Johnson was forced to finally exclude Huawei from the 5G deployment, under the pressure from some of his MPs in July 2020. Moreover, after peaking in April, his popularity rating has since waned because of the management of the health crisis, which was judged negatively in retrospective. On the international front, while the British government has made trade negotiations with the United States one of its priorities, alongside those with the EU, the signing of an agreement before end-2020 seems unlikely, due to the electoral context on the other side of the Atlantic.

Cheques are frequently used for domestic and international commercial payments, although bills of exchange and letters of credit are preferred for international transactions. Bank transfers – particularly SWIFT transfers − are also often used and are viewed as a fast and reliable method of payment. Direct Debits and Standing orders are also recognised as practical solutions for making regular or anticipated payments and are particularly widely used in domestic transactions. It is acceptable to issue invoices both before and after the supply of goods or services.

The debt collection process usually begins with the debtor being sent a demand for payment, followed by a series of further written correspondence, telephone calls and (if the value of the debt permits), personal visits and debtor meetings. The collection process has been designed as a progression of stages, beginning with an amicable (pre-legal) collection phase and escalating up to litigation, should the debtor fail to meet his obligations.

The County Court only has civil jurisdiction. Judges handle claims for debt collection, personal injury, breach of contract concerning goods or property, land recovery and family issues (such as divorce and adoption). Cases valued at less than GBP 25,000 (or under GBP 50,000 for personal injury cases) must have their first hearing in the county court.

The High Court is based in London, but also has provincial districts known as “District Registries” all over England and Wales. It has three divisions: the Queen’s Bench Division, the Chancery Division, and the Family Division.

The Court of Appeal has two divisions – the Civil Division and the Criminal Division.

The Supreme Court is composed of a president, a deputy president, and twelve professional justices.

A copy of this statement is served on the opponent seven days before the summary judgment hearing. The opponent also has the opportunity of presenting a statement, but this must be sent no later than three days before the hearing. The claimant cannot apply for summary judgment until the debtor has either returned an acknowledgment of service form, or has filed a defence. If the court agrees with the claimant, it will return a favourable judgment. The application will be dismissed if the court does not agree with the claimant.

There are now identical procedures and jurisdictions for the County Court and the High Court. A number of litigation “tracks” have been created, each with their own procedural timetables. Claims are allocated to a track by a procedural judge, according to their monetary value. There are transaction processes that need to be followed before initiating a court action. These processes have been designed to encourage the parties concerned to settle disputes without the need for court proceedings, thus minimising costs and court time.

Proceedings formally commence when the claimant (formerly “the plaintiff”) files a Claim Form with the County Court or the High Court. Full details of the complaint are set out in the Particulars of Claim, which is usually a separate document which supports the Claim Form. The Claim Form must be served on the defendant by the court, or by the claimant. The defendant can then respond to the claim form within 14 days of service. A time extension of 28 days is agreed for the debtor to file a defence and/or a counter-claim. Once these formal documents have been exchanged, the court orders both parties to complete an “Allocation Questionnaire”.

A freezing order (or freezing injunction) is a special interim order which prevents the defendant from disposing of assets or removing them from the country. One of the conditions attached to the granting of such an order is often that the applicant will pay full costs to the person against whom it was made, if it turns out to be inappropriate. A typical commercial dispute can take 18-24 months to reach a judgment, starting from the time legal action is first initiated.

Enforcement of a Legal Decision

A number of enforcement mechanisms are available. These include the Warrant of Execution (which allows a County Court Bailiff to request payment from the debtor) and the Writ of Fieri Facias for debts exceeding GBP 600, under which a High Court Enforcement Officer can make a levy on goods to the equivalent value of the judgment debt (for subsequent sale at auction and offsetting against the amount due).

As a member of the European Union, the UK has adopted several enforcement mechanisms for decisions rendered in other EU countries. These include EU payment orders which are directly enforceable in domestic courts and the European Enforcement Order, for undisputed claims. Judgments issued in non-EU countries are recognised and enforced if the issuing country has an agreement with the UK. If no such agreement is in place, an exequatur procedure is provided by English Private International Law.

Administration is intended as a rescue mechanism which enables companies (wherever possible) to continue with their business operations. The procedure is initiated either by applying to the court for an administration order, or by filing papers with the court documenting the out-of-court appointment of an administrator.

The CVA is an informal but binding agreement, between a company and its unsecured creditors, in which the company’s debts are renegotiated. It can be used to avoid or support other insolvency procedures, such as administration or liquidation. It provides for a restructuring plan which imposes the support of dissenting creditors.

The Creditor’s Scheme of Arrangement is a court-approved compromise or arrangement, between a corporate debtor and all classes of its creditors, for the reorganisation or rescheduling of its debts. It is not an insolvency procedure and does not include a moratorium on creditor action. It can, however, be implemented in conjunction with formal insolvency proceedings, (administration or liquidation). It can also be implemented on a standalone basis by the debtor company itself. 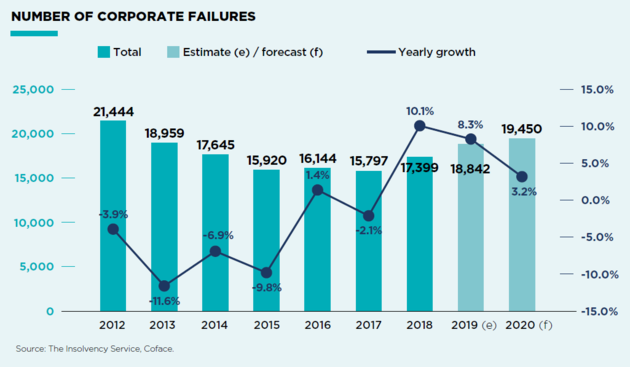